Get BOOK
The author, an aircraft wreckologist, together with several other like-minded friends, has investigated 30 crash sites in the Western States, both military and civilian, covering the period from World War II to the recent present. Together with hundreds of photos of the sites and wreckage found at them, the author records their findings as well as the story of the crash and any investigations into the incident. This is a follow-up volume to the three volumes the author produced for aircraft crash sites found in the Pacific Northwest. In contrast with the Pacific Northwest, aircraft wreck hunting in the deserts and mountains of Arizona, California, and Nevada is entirely different. With the absence of many trees, visibility and GPS reception is usually excellent. With a good set of binoculars one can spot gleaming pieces of wreckage in bright sunshine from many miles away. Weather is not usually too much of a factor although we have witnessed some ferocious thunderstorms and flash flooding which can be very dangerous. We also need to limit our hiking to early mornings or spring and fall months to avoid the intense heat of the summer. Normally crash sites are located miles out in the middle of nowhere in the southwestern deserts and accessed only by four-wheel-drive vehicles. Because of this, we bring at least two vehicles to have a backup in case if one breaks down. The vehicles are equipped with winches, shovels, and spare tires because getting stuck in sand is all too common. Before making trips out on the desert, our wreck hunting groups usually conduct meetings early in the mornings to make sure that everyone is accounted for and that we have plenty of survival supplies. This means that our backpacks are loaded with food and water, that we have cell phones and portable radios, and that we have several cases of extra drinking water. The vehicles are topped with gas, checked for tools and equipment, and tires are deflated to give better traction in sand. It is not uncommon to lose all cell phone coverage, so we test and make sure that each individual hiker has a functioning hand-held radio. We also bring along medical supplies onboard the vehicles and in the backpacks of each hiker. Without cell phone coverage we are unable to call for help and it is usually at least an hour drive out of the desert. We exercise caution and good judgment in knowing that help is going to be a long time coming. 535 mostly color and some B&W photos, bibliography.

Aircraft Wrecks of the Western States

Authors: David L McCurry
Categories:
The author, an aircraft wreckologist, together with several other like-minded friends, has investigated 30 crash sites in the Western States, both military and civilian, covering the period from World War II to the recent present. Together with hundreds of photos of the sites and wreckage found at them, the author 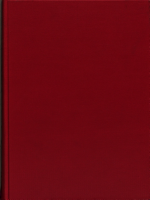 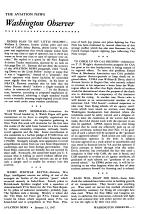 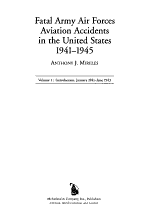 Authors: Anthony J. Mireles
Categories: History
During World War II, the air over the continental United States was a virtual third front. The little-known statistics are alarming: the Army Air Forces lost more than 4,500 aircraft in combat against Japanese army and naval air forces in the war. During the same time, the AAF lost more 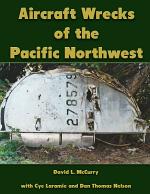 Aircraft Wrecks of the Pacific Northwest