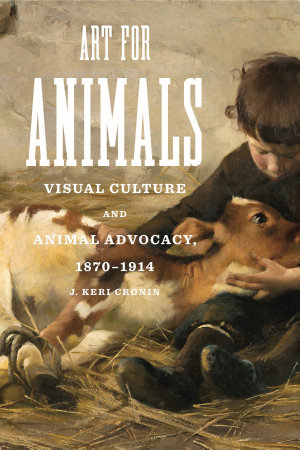 Get BOOK
Animal rights activists today regularly use visual imagery in their efforts to shape the public’s understanding of what it means to be “kind,” “cruel,” and “inhumane” toward animals. Art for Animals explores the early history of this form of advocacy through the images and the people who harnessed their power. Following in the footsteps of earlier-formed organizations like the RSPCA and ASPCA, animal advocacy groups such as the Victoria Street Society for the Protection of Animals from Vivisection made significant use of visual art in literature and campaign materials. But, enabled by new and improved technologies and techniques, they took the imagery much further than their predecessors did, turning toward vivid, pointed, and at times graphic depictions of human-animal interactions. Keri Cronin explains why the activist community embraced this approach, details how the use of such tools played a critical role in educational and reform movements in the United States, Canada, and England, and traces their impact in public and private spaces. Far from being peripheral illustrations of points articulated in written texts or argued in impassioned speeches, these photographs, prints, paintings, exhibitions, “magic lantern” slides, and films were key components of animal advocacy at the time, both educating the general public and creating a sense of shared identity among the reformers. Uniquely focused on imagery from the early days of the animal rights movement and filled with striking visuals, Art for Animals sheds new light on the history and development of modern animal advocacy. 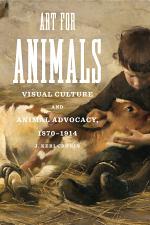 Authors: J. Keri Cronin
Categories: History
Animal rights activists today regularly use visual imagery in their efforts to shape the public’s understanding of what it means to be “kind,” “cruel,” and “inhumane” toward animals. Art for Animals explores the early history of this form of advocacy through the images and the people who harnessed their power.

Authors: J. Keri Cronin
Categories: History
Explores the ways in which visual imagery was used for animal advocacy campaigns in the late nineteenth and early twentieth centuries, and the ways in which these images were created, circulated, and consumed in a wide range of cultural contexts. 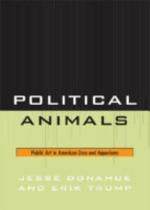 Authors: Jesse Donahue, Erik Trump
Categories: Art
Political Animals offers a unique study and perspective on the relationship between politics and the art found in American zoos and aquariums. Jesse Donahue and Erik Trump examine the ways that zoos and aquariums have successfully served as sculptural gardens for the masses and have incorporated art and architecture that 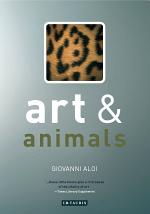 Authors: Giovanni Aloi
Categories: Art
'Art is continually haunted by the animal', wrote Deleuze and Guattari. Over the past two decades, animals have quite literally invaded the gallery space, from Joseph Beuys' co-habiting with a coyote, Janis Kounelli's instillation of live horses, Damien Hirst's shark in formaldehyde to Mark Dion's natural history displays and Marco 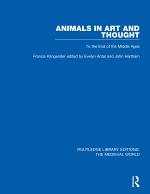 Animals in Art and Thought

Authors: Francis Klingender
Categories: History
Originally published in 1971, Animals in Art and Thought discusses the ways in which animals have been used by man in art and literature. The book looks at how they have been used to symbolise religious, social and political beliefs, as well as their pragmatic use by hunters, sportsmen, and