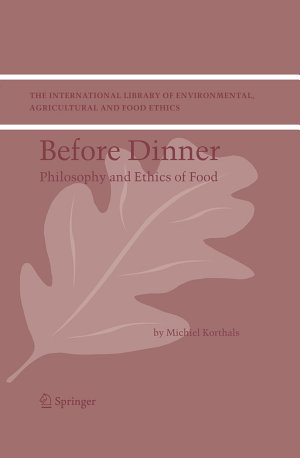 Get BOOK
This book is an extensive, original and systematic treatment of many important philosophical and ethical aspects of food (consumption and production). May we eat just anything? Can we do everything with animals, even genetic modification? If not, how can we regulate those processes so that they lead to optimum animal welfare while at the same time producing optimum taste? The production of food also causes environmental pollution – does the fight against hunger have priority over the care of the environment? The care of the environment, animal welfare, and the quality of food should be in a certain harmony, but that is far from granted and hardly easy to achieve. These factors are often in conflict with each other, and a balance will thus need to be searched for. Other factors to take into consideration are the issue of global famine, the care for a farming class that is able to keep its head above water in a decent way, and a fair trade system that does not throw up unnecessary barriers for newcomers or small market participants and that promotes good nutrition. Famine continues to be a widespread phenomenon that violates human rights, causing nearly a billion people to suffer from hunger or malnutrition. At the same time, deliberate hunger, abundance, and obesity are prevalent in the Western world. Both issues refer to the social and cultural aspects of food. Scientific and technological developments like genetic modification and functional food also play an increasingly important role; almost every bite that we take is determined by scientific developments. An extra difficulty is that scientific information is often contradictory, or that it relies on statistical probabilities that are difficult to translate into everyday certitudes. All of these factors deserve attention, but it is the mix that is most important. In the land of food, ‘either or’ does not exist, only ‘both and’. The adequate measure of ‘both and’ serves as the starting point for this philosophical reflection. Before Dinner is a must-read for all people interested in contemporary ethical issues of food, such as university students and researchers of food, agricultural and life sciences, as well as policymakers in these fields, such as members of professional organisations focusing on food and agriculture (f.e., EURSAFE (European Society for Agriculture and Food Ethics), the Agriculture, Food and Human Values Society (USA), and European Federation of Biotechnology). 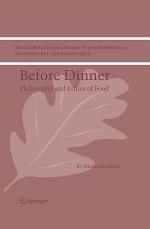 Authors: M. Korthals
Categories: Philosophy
This book is an extensive, original and systematic treatment of many important philosophical and ethical aspects of food (consumption and production). May we eat just anything? Can we do everything with animals, even genetic modification? If not, how can we regulate those processes so that they lead to optimum animal 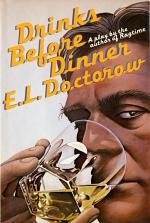 Authors: E.L. Doctorow
Categories: Drama
The long-unavailable work by one of America's most eminent writers. Drinks Before Dinner, called “witty and provocative” by the New York Times, is E.L. Doctorow’s only play. A tour-de-force of language and ideas concerning the individual’s role in and response to contemporary America, Drinks Before Dinner revolves around a dinner 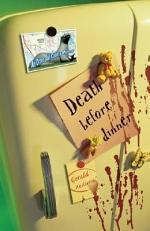 Authors: Gerald Anderson
Categories: Fiction
When Dr. George Gherkin, president of Fergus Falls State University, is killed at a faculty party he was hosting, it is up to local sheriff Palmer Knutson to determine which disgruntled guest disturbed the peace of this quiet Minnesota town with murder. 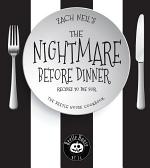 The Nightmare Before Dinner

Authors: Zach Neil
Categories: Cooking
Get your goth on with 60+ recipes from Beetle House restaurant, where “every day is Halloween” and guests indulge in a deadly delicious menu inspired by the works of Tim Burton and all things dark and lovely. If you delight in ghoulish frights and movies like The Nightmare Before Christmas,