Get BOOK
Why don't Hindus eat beef? Why do Hindu women wear a dot on their forehead? Who is the Monkey God? Who's that God with the elephant head? Children can ask the weirdest of questions and sometimes it's difficult to tell them the answers to these questions. The reality is that even the adults don't know the answers to many of these questions. The fact is, Hinduism is a complex religion even to those who are born Hindus. This book covers a complex religion in simple questions and answers. 'Hinduism For Kids: Beliefs And Practices' is designed mainly for children of all ages of reading abilities for all nationalities and religious beliefs. The book can be used by non-Hindu parents who want to teach their children about Hinduism, its beliefs, practices and rituals. It will also be useful to children and adults alike who are considering taking a course on Hinduism or simply those who want to learn about Hinduism. Those thinking of visiting India especially those in pursuit of spirituality will find some of the answers in this book. Finally, parents of Hindu children who want to teach their children about their ancestral religion will also find the book useful. Here are the topics covered in 'Hinduism For Kids: Beliefs And Practices What is Hinduism? Who are the Hindus? Where do Hindus live? Where do Hindus worship? When was Hinduism discovered? What are the Hindu holy books? What are the Vedas? What is a bhajan? What is Aum? What is the swastika? What is Ishvara? Who is a sadhu? Meaning of aarti in Hinduism? What is ahimsa? Do Hindus eat meat? Why don't Hindus eat beef ? Do Hindus eat pork? Why is the River Ganges holy? What is the importance of the lotus in Hinduism? Why do Hindu women put a dot on their head? Why do Hindus put a dot on their forehead? Who is Lord Ganesha? How did Ganesha get the elephant head? Who is Lord Rama? Who is Lord Shiva? Who is Lord Krishna? Who is Lord Vishnu? Who is Goddess Durga? Who is Goddess Lakshmi? Who is the Monkey God? What is Holi? What is Diwali? What is Raksha Bandhan? What is the caste system? What is reincarnation? What is moksha? What is yoga? What is the Bhagavad Gita? What is the Ramayana? What is the Mahabharata? What is aatma? What is maya? What is the Gayatri Mantra? What is the Saraswati Mantra? What are the other Hindu Festivals? What is Namaste? Where do Hindus go for pilgrimage? Why are cows sacred in Hinduism? Is Buddhism the same as Hinduism? Who are the Jains? Who are the Sikhs?

Authors: Shalu Sharma
Categories: Religion
Why don't Hindus eat beef? Why do Hindu women wear a dot on their forehead? Who is the Monkey God? Who's that God with the elephant head? Children can ask the weirdest of questions and sometimes it's difficult to tell them the answers to these questions. The reality is that

A Day in the Life of a Hindu Kid

Authors: Milind Makwana
Categories: Religion
This unique short poem book teaches selected Hindu mantra's to the Kids by taking them through the daily activity of two American born Hindu Kids. Both the Hindi and English version of the mantras are provided along with their meaning in English to help the Kids learn them easily. With

Authors: Shalu Sharma
Categories: Religion
HINDUISM IN PICTURES: A Pictographic Journey into Hinduism and the Hindu Culture Hinduism for Kids and Beginners Do you want to learn about Hinduism but didn't know where to start? Do you have Hindu friends but were afraid to ask them about their Hindu faith and culture? Do you want 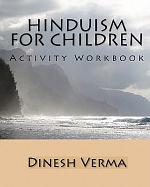 Authors: Dinesh Verma
Categories: Religion
The Hinduism activity book provides a fun way to learn this great religion. It uses puzzles and activities to explain the fundamental concepts of Hinduism. The activity book has several sections, each section building upon the previous one. The first section deals with the philosophy and common concepts in all

What You Will See Inside a Hindu Temple

Authors: Mehendra Jania, Vandana Jani
Categories: Juvenile Nonfiction
A colorful, fun-to-read introduction that explains the ways and whys of Hindu faith and worship What You Will See Inside... A new series of illustrated books designed to show children ages 6 and up the Who, What, When, Where, Why, and How of traditional houses of worship, liturgical celebrations, and