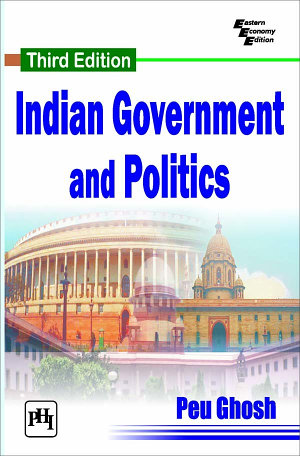 Get BOOK
After years of subjugation by the British colonial rulers, India attained a status of Independent State on 15 August 1947, a day to be reckoned with pride by all Indians. Struggling for her Independence, facing the trauma of partition, and finally establishing a sovereign democratic status for itself, the journey has undoubtedly been a roller coaster ride for India. This book comprehensively outlines the evolution of the Indian Politics, discussing all the constraints, challenges and shortcomings faced by Indian Polity till date. The book shows how State-Society interface, with special emphasis on civil society activities, can play an integral role in shaping the political fate of the country. In addition, this book not only presents the institutional aspects of Indian politics by underlying in details, the provisions of the Constitution, but also brings out the real working of the institutional framework in an ever-changing social and political environment. Organized into 23 chapters, the book discusses, in detail, the Constitutional development, The Preamble, The Fundamental Rights, The Directive Principles of State Policy, The Executive, The Legislature and The Judiciary at national and state levels followed by their critical appraisals as well as the Centre-State relation with its continuing tensions. To give a clear and panoramic view of Indian Political Scenario the book also focuses on local-self governments, national and regional parties in India, challenges to Indian political system and new social movements. THIRD EDITION HALLMARK • Thorough updation with contemporary events in Indian political scenario. • Coverage of General elections to constitute the 17th Lok Sabha. • Political Developments of recent times. Intended as a textbook for the undergraduate and postgraduate students of Political Science and Law, this book is also useful for the aspirants for Civil Service and competitive examinations like NET and SLET. KEY FEATURES • Gives a wide coverage of conventional topics pertaining to the Constitution of India, relating them to the working of the Indian polity in the real world. • Tackles issues related to new social movements in India encompassing environmental movements, women's movements, human rights movements and anti-corruption movement. • Highlights the continuing challenges to the Indian Political System from different social and cultural factors, like religion, language, caste, tribe, regionalism and also corruption and criminalization of politics. • Deals with current developments in administrative policies. 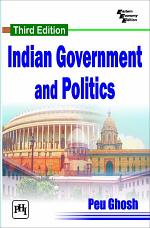 Authors: Ghosh, Peu
Categories: Political Science
After years of subjugation by the British colonial rulers, India attained a status of Independent State on 15 August 1947, a day to be reckoned with pride by all Indians. Struggling for her Independence, facing the trauma of partition, and finally establishing a sovereign democratic status for itself, the journey 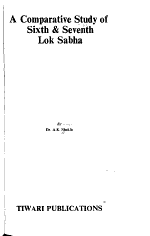 Authors: Pushpa Singh, Chetna Sharma
Categories: Political Science
A wide-ranging, accessible and contemporary textbook capturing the narrative of comparative politics and its changing nature in the rapidly transforming world. Comparative Government and Politics introduces students to the tradition of comparative political research and explores the central ideas and questions that constitute the field. This textbook, written in close 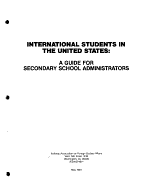 International Students in the United States