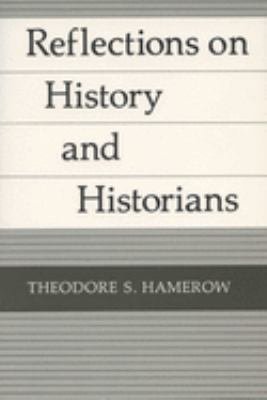 Get BOOK
History as a field of learning is in a state of crisis. It has lost much of its influence in institutions of higher learning and its place in public esteem. Historians have, in large part, lost touch with the intelligent lay reader and with the undergraduate college student. History's value to society is being questioned. In this work, a distinguished historian views the profession to which he has been devoted for more than thirty years. Theodore S. Hamerow's learned observations will be welcomed by all historians and by those involved in the management of higher education, and should be required reading for all graduate students in history. Far from being a sentimental look at the past, Hamerow's work confronts the unpleasant reality of the present. History, he says flatly, is a discipline in retreat. The profession is in serious trouble and there are no signs that its problems will be resolved in the foreseeable future. After identifying the current crisis, Hamerow proceeds to trace the development of the profession over the last hundred years and to examine its characteristics in modern society. In this section of the book he shares some fascinating practical observations on the ways in which the profession operates. Hamerow explains why some historians rise to prominence while others do not. He also examines causes of the dissatisfactions that afflict many historians and their students. Hamerow also examines the way in which academic historians live their lives, as he expands on the daily realities that they face. He then explains how those realities have shaped scholarship and led to the "new history." The broad use of social science methods, he observes, has had the effect of isolating the new historians from traditional historians, indeed from one another. Couched in the arcane prose of machine-readable languages, says Hamerow, history has become inaccessible to the intelligent lay reader who had once read historical works with interest, understanding, and appreciation. In concluding his examination, Hamerow asks, "What is the use of history?" It has long been a favorite question asked by historians, but seldom one over which they agonized for very long. After considering various arguments for the usefulness of historical investigation, Hamerow offers his own justification. There are times, says Hamerow, when even the most spontaneous or instructive cultural pursuits need to be examined in the light of the purposes they serve and the goals they seek. Now might be a good time for all historians to take a long look at the direction their discipline has taken in the past century, at the functions it has come to perform, and at the serious dilemma it now faces. Hamerow is a steady and helpful guide to any such examination. 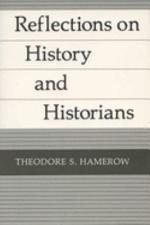 Reflections on History and Historians

Authors: Theodore S. Hamerow
Categories: History
History as a field of learning is in a state of crisis. It has lost much of its influence in institutions of higher learning and its place in public esteem. Historians have, in large part, lost touch with the intelligent lay reader and with the undergraduate college student. History's value 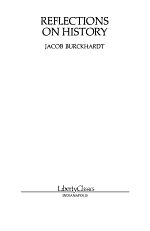 Authors: Jacob Burckhardt
Categories: Literary Criticism
Almost alone among nineteenth-century historians, Jacob Burckhardt saw the totalitarian direction that history could take. This book (first published in English in 1943 as "Force and Freedom") is a guide to the study and comprehension of historical processes. Burckhardt makes a clear distinction between the state and the voluntary activities 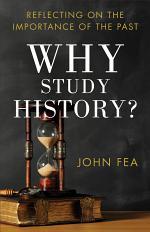 Authors: John Fea
Categories: Religion
What is the purpose of studying history? How do we reflect on contemporary life from a historical perspective and can such reflection help us better understand ourselves, the world around us, and the God we worship and serve? In this introductory textbook, accomplished historian John Fea shows why Christians should

Judgments on History and Historians

Authors: Jacob Burckhardt
Categories: History
This volume consists of records collected from Burckhardt's lecture notes for history courses at the University of Basel from 1865 to 1885. The 149 brief sections span five eras: antiquity, the middle ages, history from 1450 to 1598, the history of the 17th 18th century, and the Age of Revolution. 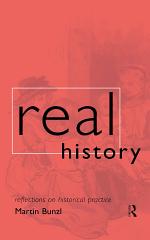 Authors: Martin Bunzl
Categories: Philosophy
In Real History, Martin Bunzl brilliantly succeeds in bringing together two schools of thought at the forefront of the philosophy of history: that of realism and objectivity. He shows us how the realism debate is inhabited by philosophers, whereas the objectivity argument lies in the hands of historians. In his