Get BOOK
With its futuristic and unmistakable design, the Lockheed F-117A Nighthawk, the so-called 'Stealth Fighter', was the wonder of the age. Virtually undetectable by radar, this ground-attack aircraft could slip unseen through enemy defenses to deliver its deadly payload on unsuspecting targets. Its effectiveness had been well demonstrated during the Gulf War of 1991, during which the F-117A achieved almost legendary status. But, at 20.42 hours on 27 March 1999, the military and aviation worlds were stunned when the impossible happened - a virtually obsolete Soviet-built surface-to-air missile system which had first been developed more than thirty years earlier, detected and shot down an F-117A, callsign 'Vega 31'. This incident took place during the NATO bombing of Yugoslavia during the Kosovo War. It was, and remains, at least officially, the only time that a stealth aircraft was detected and shot down by a ground-based missile system. In this book the authors, both of whom served in the Kosovo War, take the reader through every moment of that astounding event, from both the perspective of Lieutenant Colonel Dani's 3rd Battalion, 250th Air Defence Missile Brigade, a Yugolsav Army unit, and that of the pilot of the F-117A, Lieutenant Colonel Darrell Patrick Zelko, who ejected and survived the loss of his aircraft. The reader is placed in the cabin of the missile fire control centre and alongside 'Dale' Zelko in the cockpit of his stealth fighter as each second dramatically unfolds. Stealth characteristics are now regarded as a standard part of modern military aircraft design but with each generation of aircraft becoming increasingly, almost cripplingly, expensive to produce and operate compared with the simpler surface-to-air defense systems, the outcome of the battle between missile and stealth hangs in the balance. That this is the case might be seen in the strange fact that it is claimed that two other F-117As did not return to the U.S. at the end of the Kosovo War, though, mysteriously, their fate has never been revealed. Were they too victims of Yugoslav missiles? Though intended for the general reader, Shooting Down the Stealth Fighter covers the technical details of the weapons involved and their deployment - and the authors should know, as one of them, Djordje Anicic, was a member of the Yugoslav team which brought down Zelko's aircraft.

Shooting Down the Stealth Fighter

Authors: Mihajlo (Mike) S. Mijajlović, Mijajlovic, Djordje S. Aničić
Categories:
With its futuristic and unmistakable design, the Lockheed F-117A Nighthawk, the so-called 'Stealth Fighter', was the wonder of the age. Virtually undetectable by radar, this ground-attack aircraft could slip unseen through enemy defenses to deliver its deadly payload on unsuspecting targets. Its effectiveness had been well demonstrated during the Gulf

Authors: Ross W. Simpson
Categories: History
"The exclusive story of a remarkable rescue that occurred during the Allied air campaign against Yugoslavia. On the fourth night of the war, a Serbian surface-to-air missile ... shot down one of America's premier fighter planes -- the F-117A Nighthawk. The pilot ... was able to safely eject from his

Authors: D. M. Giangreco
Categories: Political Science
Stealth Fighter PilotGiangrecoA penetrating profile of the most elite pilots in the US Air Force - the men who fly the new generation fighter-bombers - the F-117A Stealth Fighters. Based on interviews with actual F-117 pilots, this book tells you what its like to fly and fight in the invisible 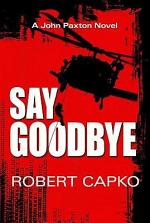 Authors: Robert Capko
Categories: Fiction
John Paxton is a man who understands duty-both to his family and to his country. As a highly decorated pararescueman in the Air Force, he's risked his own life numerous times to save the lives of others. He was the epitome of the pararescue motto: These Things We Do That 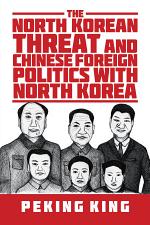