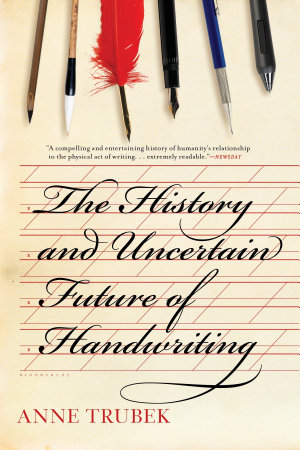 Get BOOK
"Persuasively argues that our fixation with writing by hand is driven more by emotion than evidence, as it is perceived to be inextricably linked to our history, core values and individual identities."--Los Angeles Times The future of handwriting is anything but certain. Its history, however, shows how much it has affected culture and civilization for millennia. In the digital age of instant communication, handwriting is less necessary than ever before, and indeed fewer and fewer schoolchildren are being taught how to write in cursive. Signatures--far from John Hancock's elegant model--have become scrawls. In her recent and widely discussed and debated essays, Anne Trubek argues that the decline and even elimination of handwriting from daily life does not signal a decline in civilization, but rather the next stage in the evolution of communication. Now, in The History and Uncertain Future of Handwriting, Trubek uncovers the long and significant impact handwriting has had on culture and humanity--from the first recorded handwriting on the clay tablets of the Sumerians some four thousand years ago and the invention of the alphabet as we know it, to the rising value of handwritten manuscripts today. Each innovation over the millennia has threatened existing standards and entrenched interests: Indeed, in ancient Athens, Socrates and his followers decried the very use of handwriting, claiming memory would be destroyed; while Gutenberg's printing press ultimately overturned the livelihood of the monks who created books in the pre-printing era. And yet new methods of writing and communication have always appeared. Establishing a novel link between our deep past and emerging future, Anne Trubek offers a colorful lens through which to view our shared social experience. 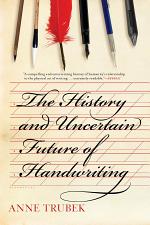 The History and Uncertain Future of Handwriting

Authors: Anne Trubek
Categories: History
"Persuasively argues that our fixation with writing by hand is driven more by emotion than evidence, as it is perceived to be inextricably linked to our history, core values and individual identities."--Los Angeles Times The future of handwriting is anything but certain. Its history, however, shows how much it has 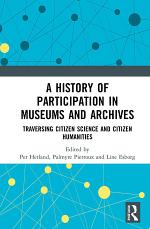 A History of Participation in Museums and Archives

Authors: Per Hetland, Palmyre Pierroux, Line Esborg
Categories: Art
Traversing disciplines, A History of Participation in Museums and Archives provides a framework for understanding how participatory modes in natural, cultural, and scientific heritage institutions intersect with practices in citizen science and citizen humanities. Drawing on perspectives in cultural history, science and technology studies, and media and communication theory, the

So You Want to Publish a Book?

Authors: Anne Trubek
Categories: Language Arts & Disciplines
Anne Trubek wrote several books, was a member fo the National Book Critics Circle, and was a tenured English professor before she decided try book publishing. To start and run a small press, she had to teach herself the ins and outs of a confusing, often archaic, strangely shrouded industry 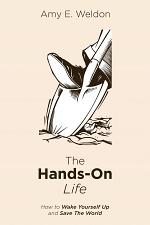 Authors: Amy E. Weldon
Categories: Biography & Autobiography
Stressed out? Swimming in a sea of screens? Worried about our beloved, endangered earth yet uncertain how to work for change? If this sounds familiar, you're not alone. In this intelligent guide to mindfulness in the digital age, writer and teacher Amy Weldon describes how practicing life as an artist 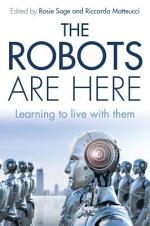 The Robots are Here

Authors: Rosemary Sage, Riccarda Matteucci
Categories: Education
Technology is redefining what it means to live in society and be human. This book assembles research and practice on educational robotics (intelligent machines) with a particular focus on the practices in Britain and Italy, the latter of which is a leading nation in preparing students for the New Industrial