Get BOOK
This dissertation is a collection of projects that have applied computational organic chemistry to the task of explaining the mechanisms and selectivities of well known, though not necessarily well understood organic reactions. The work here described also shows the insight that can be attained from the combining of experimental and computational efforts to further chemical understanding. Chapter 1 is a brief introduction to the theory at the foundation of computational chemistry. It outlines density functional theory, the basics of functional models and basis sets as well as describing a basic procedural outline computational chemists follow when examining mechanistic pathways. Chapter 2 describes the computational investigation of the Meisenheimer and Stevens [2,3] Sigmatropic Rearrangements. In this work we examined the reaction mechanism, the effect substituents and solvent and the predicted stereochemistry of the reaction products. Chapter 3 illustrates the examination of mechanistic pathway of biomimetic platinum-promoted polycyclizations. We determined that the polyenes proceed to product often through cyclization cascades, though the generation of secondary carbocations breaks the cyclization process into steps. We were able to explain experimental data showing a lack of side product and also described the importance of the configuration of the polyene to reaction productivity. Chapter 4 describes the examination of the production of tertiary alcohols from the reaction of aryl ketones with Grignard reagents. We expanded on understanding of the configuration of Grignard reagents when reacting with aryl carbonyls and illuminated unacknowledged possible transition state structure configurations that contribute to the reaction productivity. Chapter 5 describes the examination of the computational examination of the reaction pathway from protonated amorphene to pupukeanane and other related sesquiterpenes. We determined that the probable pathway goes through a cyclization followed by various possible alkyl shifts. We also determined that a proposed secondary carbocation is not an minimum on the reactions potential energy surface and that instead this structure is proceeded through in the production of two different tertiary carbocations, one of which was not synthetically predicted. Chapter 6 examined a proposed biogenic pathway for Illisimonin A. A predicted mechanism was determined, along with a probable oxidation state of the system. The key TSS was examined with different theozymes, producing a predicted theozyme combination for this step. Chapter 7 describes the computational examination of the Diels-Alder reaction with fifteen different levels of theory in an effort to find a benchmarking model. Five different substituents were modelled and comparison with synthetic results were made with three.
Language: en
Pages: 256 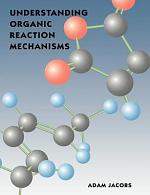 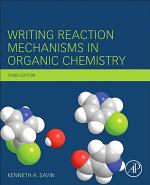 Authors: Kenneth A. Savin
Categories: Science
Writing Reaction Mechanisms in Organic Chemistry, Third Edition, is a guide to understanding the movements of atoms and electrons in the reactions of organic molecules. Expanding on the successful book by Miller and Solomon, this new edition further enhances your understanding of reaction mechanisms in organic chemistry and shows that 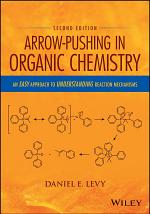 Authors: Daniel E. Levy
Categories: Science
Organic chemistry is required coursework for degrees in life, food, and medical sciences. To help the students discouraged by the belief that this topic cannot be mastered without significant memorization, Arrow Pushing in Organic Chemistry serves as a handy supplement for understanding the subject. • Includes new chapters, an expanded 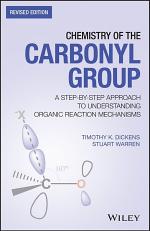 Chemistry of the Carbonyl Group

Authors: Timothy K. Dickens, Stuart Warren
Categories: Science
Teaches and enables students to build confidence in drawing and manipulating curly arrows, a fundamental skill for all organic chemists This book is an interactive approach to learning about chemistry of the carbonyl group—inviting students to work through its pages with pencil and paper in hand. It educates with the