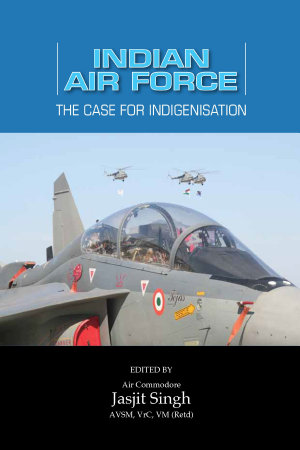 Get BOOK
Just think: the last combat aircraft designed by the 74-year old HAL (Hindustan Aeronautics Ltd) with its expansive infrastructure was in the 1950s – and it was an excellent aircraft. Thirty years later an ad-hoc, interim institution called ADA (Aeronautics Development Agency) was set to design the LCA (Light Combat Aircraft) under the DRDO management. Thirty years later the aircraft has yet to enter service although the Indian Air Force has ordered 40 aircraft knowing they do not meet the qualitative requirements set in the early 1980s, leave alone the 21st century! Even the primary trainer for rookie pilots has just begun to be imported. Obviously something is wrong for a long time; and obviously it is a systemic problem. This volume sets out to historically examine and present a balanced understatement of the facts. Some of the leading experts in the profession of aerospace identify the problems. The reader is left to form his judgment and what appears an obvious solution. The Air Force is the most concerned stakeholder in the quality and quantity of military aircraft; but it seems to have been left on the sidelines in the process of to be criticised as being against indigenisation. We recognise that India is way behind the developed countries — and China now, in design and development of military aviation. We don’t have to go far to find the way ahead. Ninety-five percent of the Indian Navy’s warships and submarines are designed and manufactured in the country (tough many systems inside, like its missiles, may be acquired from the best in the world). The reason is starkly so simple that South Block itself does not notice it! Naval Head Quarters contain within its organisation under the leadership and the Chief of Naval Staff, the Directorate of Naval Design as well as the Controller of Warship Production besides the other supporting organisations like WESEE etc. Hence when the indigenous INS Delhi sailed out in the 1990s, the international community began to look at Indian Navy with new respect. Why can’t similar system be established for the Army and the Air Force? Read the volume to ask your questions and mull over possible solutions.